Five Nights at Freddy’s 3 is the third chapter of the scary Freddy’s series, the plot of which takes place thirty years later than those of the first chapter. It appeared on Steam in March 2015 for all the devices. The chapter gathered different reviews, lots of critics along with lots of positive thoughts. The plot of the game is a bit different from all the previous ones. Once again, your task is to survive during the night shifts from 12 am to 6 am. It all takes 4 minutes in reality. However, there is just one animatronic able to end the playing process, and the phantoms of the precedent games’ robots that can’t threaten you directly, but may become on obstacle.

Now your objective is to watch two systems of cams (one of them includes security cams, and the other one – cams in ventilation). There are also additional systems: audio (to scare the enemies away of the facility), security cams (to see the enemies’ position), and ventilation one (you should run it with the aim of not seeing any hallucinations). Your systems will fail from time to time, thus, you should reboot it the quickest to avoid danger. If you fail protect yourself from the enemies, you will reach a jumpscare ending of your playthrough.

There are five levels (nights) in the process of the play, each of them is more complicated than the previous one. A “Nightmare” night is waiting for you at the end. You have a chance to play some mini-games in periods between your horror nights.

All the mini-games are played successfully? You reach the Good Ending and open a cheat menu. Once the “Nightmare” level is complete, you unlock the above-mentioned cheat menu, which offers you multiple options, such as a mode allowing you to make robots aggroer and your play more difficult and exciting. Other tricks contain your capacity to make nights shorter and radar. 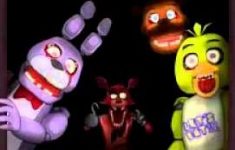 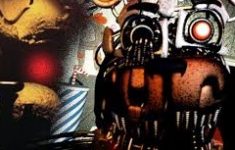 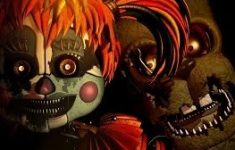 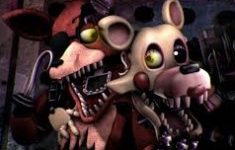